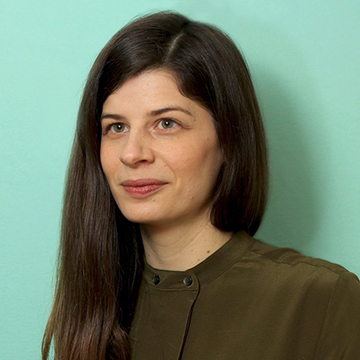 Laura Allcorn is a creative director, experience designer, and humorist. She founded The Institute For Comedic Inquiry (IFCI), a comedian-led research group. At IFCI she creates interactive objects and participatory performances that point out absurdities through a technique she calls ‘Participatory Satire.’ Her work focuses on how humor connects people to each other and new ideas–especially the ones that challenge narrow assumptions. She has studied all forms of comedy including satire writing, improvisation, sketch, and stand-up comedy.

Laura earned an MFA in Applied Craft and Design at Pacific Northwest College of Art where she focused on speculative design and imagining more desirable futures. She holds a BFA in Marketing from Mount Union University. She also completed the Art Action Academy with Center For Artistic Activism at Queens Museum in 2017.